When I mention that I love to cook, the next question is usually, “what do you like to cook?” It’s a good question that has sometimes led to a rapid recipe exchange but more often to painfully awkward moments while I strain to come up with some response. I didn’t grow up with a strong culinary tradition that got passed down over the generations. A really good recipe for my grandma’s mac ‘n’ cheese is about as deep as my culinary roots go. My mother has adopted as many recipes from my sister, sister-in-law and me as we have adopted from her.

So when someone asks, “what do you like to cook?” no particular cuisine comes to mind.

But this week it finally dawned on me. I like to cook pies. For desserts I love a good galette or hand-pie. But boy do I like a good savory pie as well, and nearly every culture has a good one: empanadas from Latin America and the Philippines, Cornish pasties, British cheddar pies, South African meat pies, Chinese Xian Bing, Greek Byrek and Spanakopita, and, obviously, an authentic Italian pizza!

With my love of the savory pie, I’m always delighted to find one that incorporates plenty of vegetables. This one fit the bill. And, best of all, it included CHEESE. Fresh mozzarella, to be exact. And the most delicious crust you’ve ever had.

How do you answer when asked, “what do you like to cook?” Maybe this recipe will be the start of your realization that pies are simply the best cuisine there is, especially if there is cheese in them. 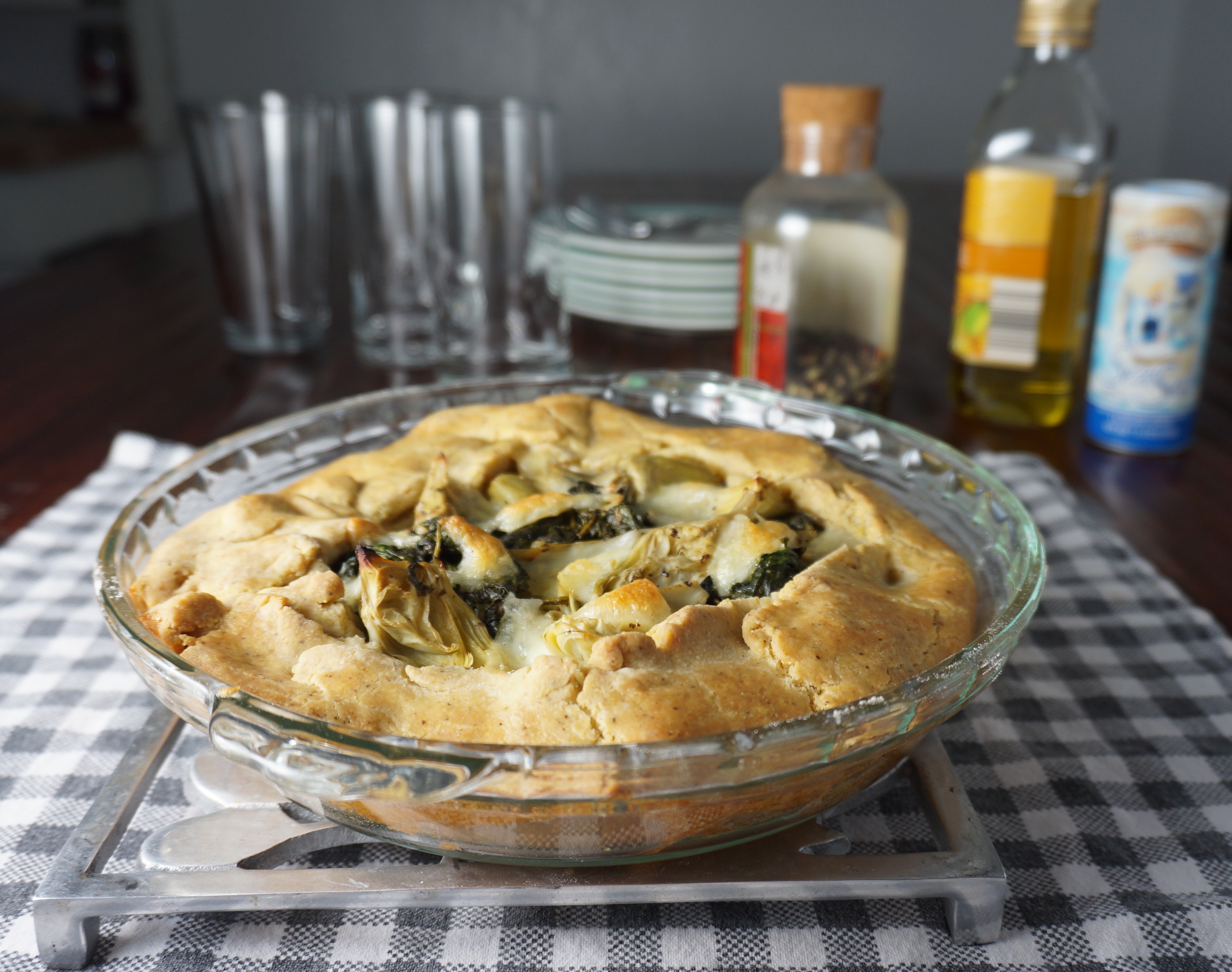