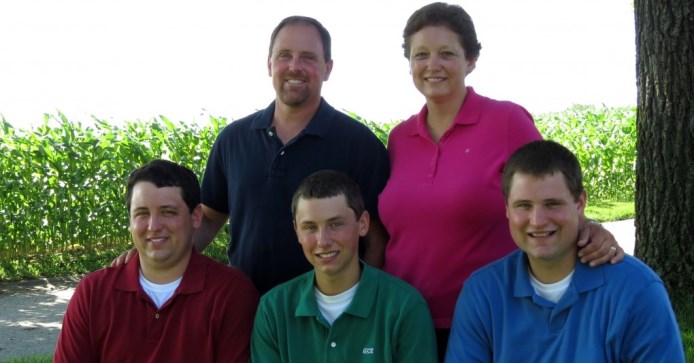 The end of June 2014 marked the seven year anniversary of receiving our raw milk license from the state of Pennsylvania. Our cheese anniversary follows in December. We could hardly believe it when we did the math and realized that it had been seven years already!

What did it take for us to get a raw milk license?  Time, first of all!  When a raw-milk certified neighbor told us that it took him about six months to get his license, it sounded like a long time.  But by the time we completed all the requirements, that estimate really proved to be accurate.

Early in the process, we had an inspector from the Pennsylvania Department of Agriculture come evaluate the farm.  This was a very helpful way to hear about aspects of our process we might need to tweak so that we could provide the best raw milk.

Then, the milk had to pass three consecutive lab tests to ensure that bacteria counts were well below levels deemed to be safe, and these tests had to be conducted over time, at least a week apart.  We also had our veterinarian do blood work on our cows, testing to confirm that they were free from brucellosis and tuberculosis.  Around the same time, we also had to show that our water supply was safe.

It was a long process, so it’s an important milestone for us! As raw milk certified farmers, we continue to uphold high quality standards.  After the certification established a baseline, we continue to:

All of these tests have to come back and meet state certified standards in order for us to keep selling raw milk.

Thank you for letting us provide you and your family with fresh, wholesome milk straight from our farm. We greatly appreciate all of our milk and cheese customers!