Have you been tasked with bringing a salad or side to your next holiday gathering? If so, this Quinoa Harvest Salad is just the thing! In fact, I’m bringing it to a Thanksgiving party tonight, where we’re expecting 60 people. It’s our big Thanksgiving outreach party for our ministry, where we serve Thanksgiving-inspired turkey sandwiches with turkey, cranberry sauce, apples and cheese on a big sesame bun from a local bakery. For dessert we have the classic pumpkin pie and apple crisp – the aroma of which is currently filling my house as they bake away. 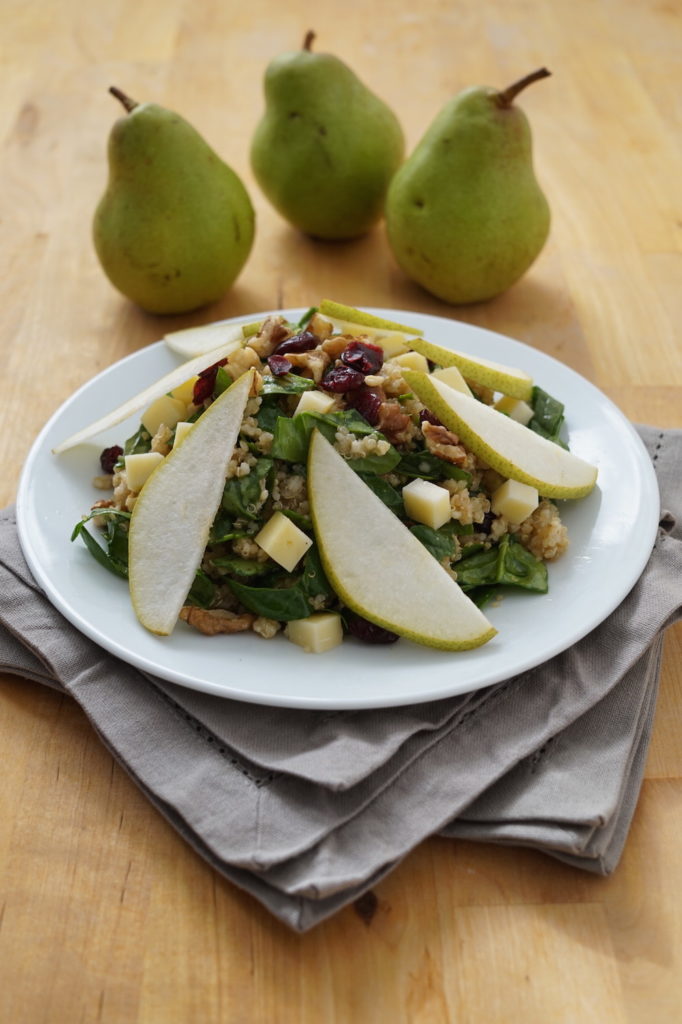 I made this salad last year and it was a big hit. The dressing is seriously to-die-for, as it’s sweetened with maple syrup and has some fall-themed spices in it. It also calls on other well-loved fall ingredients, such as dried cranberries, toasted pecans and pears. There’s so much room to be creative with which of Conebella Farm’s hard cheeses you use. I’ve seen similar recipes calling for cheddar, colby,  fresh mozzarella or cheese curds, or you could even use a soft cheese. Shop online to see all of the Conebella Farm Cheeses available! 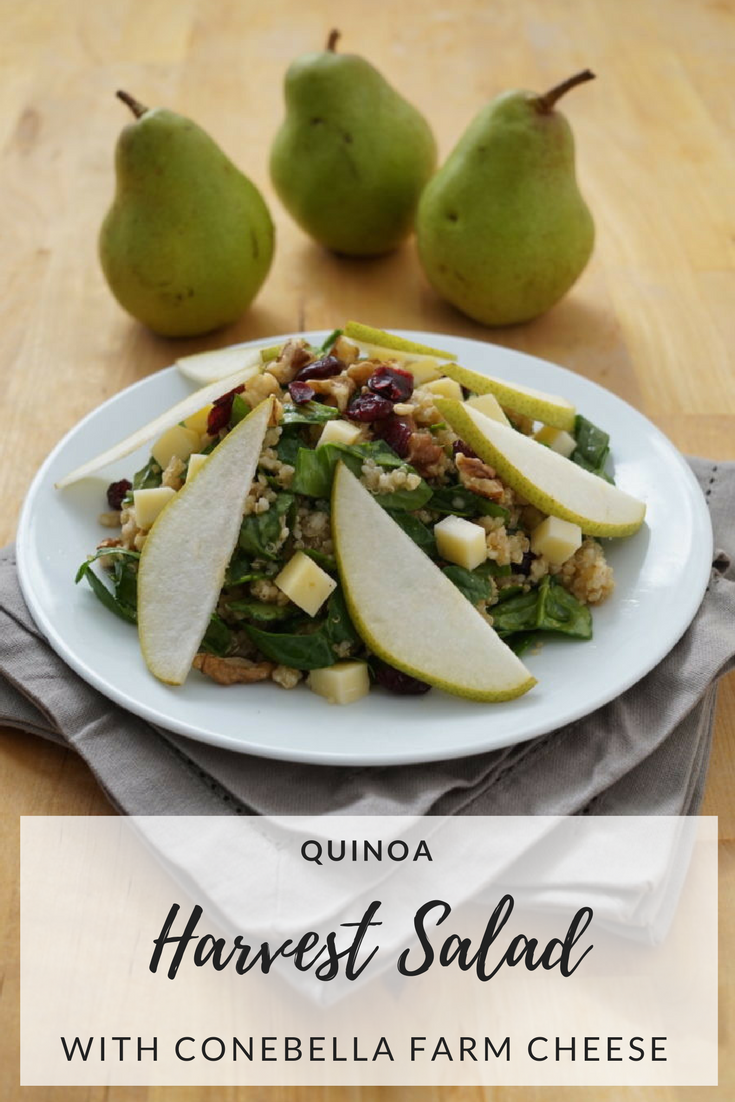