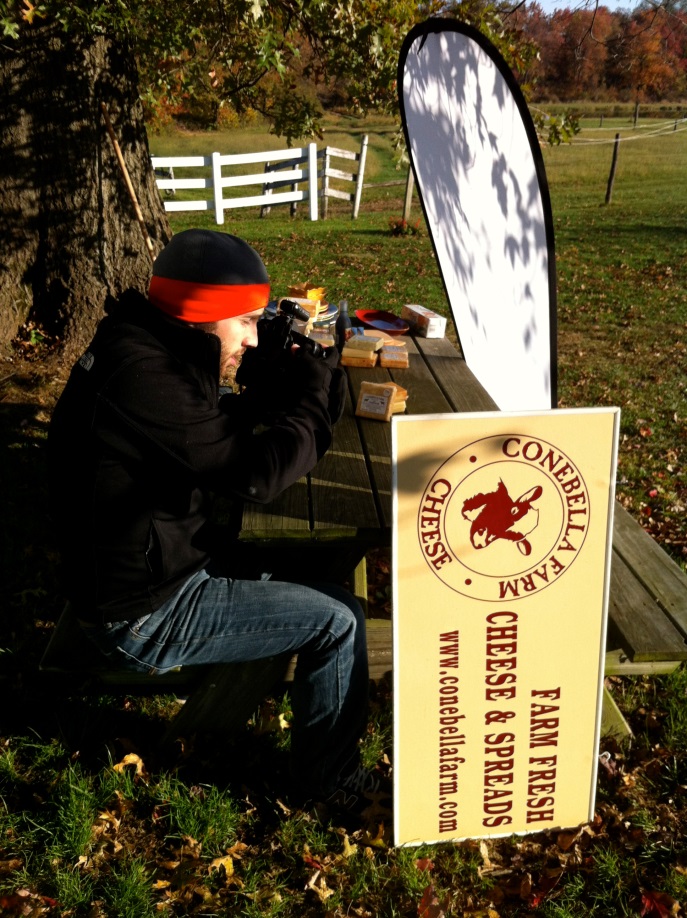 Last month I had the opportunity to spend a Monday morning at Conebella Farm, observing the daily operations and assisting with staging photos for a photo shoot we had planned. The day began at dawn for the photographers as they captured glimpses of the sunrise over the horizon of Conebella Farm’s sprawling acres of cornfields, pastures and barns.

Next we moved in to the barn to watch the milking operations (which had begun as early as 4:30 a.m.) The milk is then marketed through one of three channels: it is either sold as raw milk on the farm, made into cheese or cheese spreads and then the excess is distributed via the Land-O-Lakes dairy co-op.

After spending some time with the cows, we took advantage of the morning light to stage some photos of their delicious cheese. And there was plenty of sampling going on too, just to make sure the cheese was really as good as they say it is. (It was, of course!)

Then Don and his wife, Pam showed us several of the “stand out” cows from the herd. When asked about their interaction with the animals, Pam explained that: “cows are very gentle creatures. We do have to remove their horns when they are young though because they can end up causing unintentional harm if the horns are left on.”

Throughout the day, we observed how the whole family was involved in the farm operations. Don and their three sons take part in the feeding, milking, planting and harvesting operations and currently Pam assists primarily with the business and cheese production end of the farm. Even the animals enjoy spending time with the family. “The Golden Retriever, Nikki, is really attached to our son, Tyler. She follows him around all day long, no matter where he goes on the farm.” The love for their farm, their animals and their family is apparent when spending any length of time with the Gable family. This close-knit family works hard together daily to feed families all across southeastern Pennsylvania. 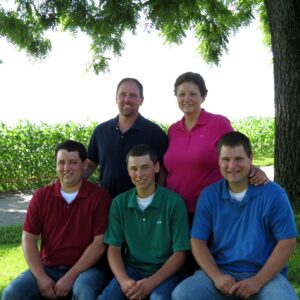 The Gable Family at Conebella Farm