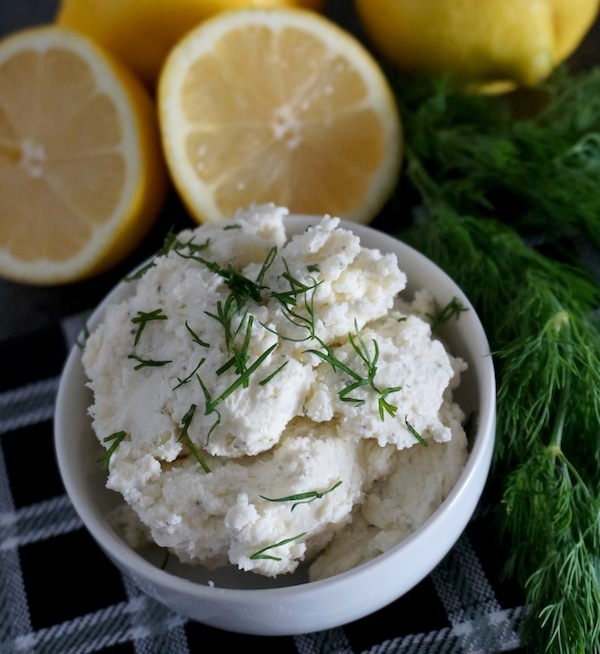 Do you ever wish you could bottle up springtime? Lisa Ferraro Klinge, spread maker for Conebella Farm Cheese and owner of Taste Artisanal Market in West Chester, has figured out how to capture spring in an eight ounce container.   She and Pam Gable of Conebella were brainstorming about new cheese flavors to introduce, and they agreed that they wanted to add something springy to Conebella’s line of artisanal cheese spreads.

When they decided to capture spring, Klinge knew exactly what the key herb would be.  Dill.  “I know spring is here when dill can go in the garden,” she explains.  Dill reminds her of Easter recipes: eggs and dill, or dill and asparagus.  It’s the perfect ingredient to trigger memories of past springs and make people celebrate the fact that spring is finally here.

For the new spread, Zesty Dill, she blended dill, lemon zest and a little garlic, and used Cheddar, Colby and a little bit of Conebella Farm Garlic and Dill Cheddar.  The result is a light, springy and creamy raw milk cheese spread.

This flavor is one among many Klinge has crafted for Conebella Farm since she began making spreads for them in May 2013.  She has made Cheddar, Garden Garlic Cheddar, Horseradish Cheddar, Jalapeno Cheddar, Smokey Jalapeno Cheddar, Red Wine Cheddar, Smokey Cheddar, Tomato Basil Cheddar and of course the new Zesty Dill.  Varieties rotate to fit the seasons, but the popular Horseradish Cheddar, Cheddar and at least one spicy flavor are always available, and Conebella Farm always has six or seven flavors at a time.  (If you’re curious about which varieties we have in stock, feel free to contact Conebella or check the Web site!)

As she develops these recipes, Klinge always enjoys working with Conebella Farm Cheese.  The Ayrshire milk makes this cheese stand out for her, she says, adding that the smoothness of Ayrshire milk shines through in the cheese.  She especially likes working with raw Ayrshire milk.  “I love in raw milk how you can taste the seasons.”  The cheese is “beautiful, with a slightly grassy finish” that she loves.  “Anyone I know who has tried it loves it.”

In many of the spreads she makes for Conebella, Klinge blends Cheddar and Colby.  “I’ve never had a Colby that rich,” she says of Conebella’s variety.  “Their Colby is phenomenal.”

If you ask Klinge what she enjoys about this process, you may get a chuckle.  When I asked her this question, she had just spent the previous day in production, dealing with hundreds of pounds of cheese at a time, a task she describes as “overwhelming.”  But even on days when there’s a lot to manage at once, it’s clear that Klinge likes making cheese spreads.  She likes the process, and, she says, “I like working with my hands.”  And she loves recipe development, thinking of flavors that other people might not think of– like putting sun dried tomato and basil in a cheddar and Colby cheese spread.

Klinge delights in bringing about new flavors that accentuate Conebella Farm’s cheese, and capturing those key ingredients that can make a whole season come alive in each taste.